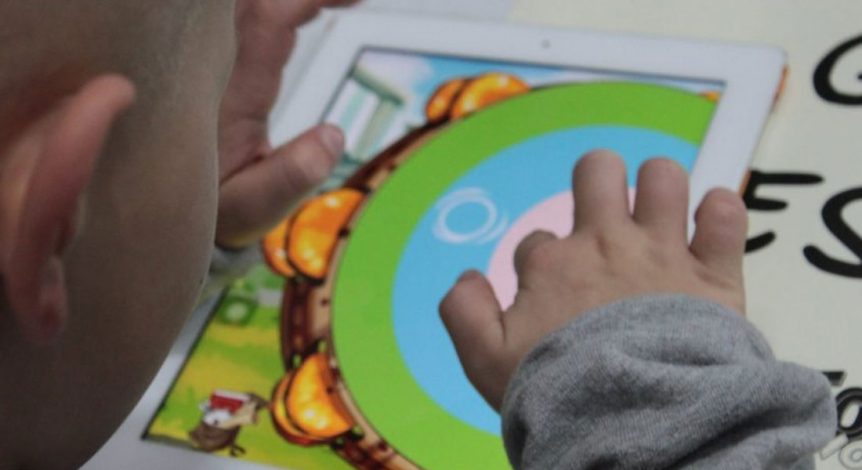 It is no secret that technology is now a big part of world music.

The impact of technology is not limited to recording studios and music festivals – it is present throughout the entire spectrum of music learners! Let’s have a look to the link between technology and music and the potential of technology in fostering music education among young learners.

First, it is academically proven that technology provides new opportunities to engage children to the world of music.

– a study involving students with autism spectrum disorders, conducted by the University of Massachusetts Lowell, found that a musical app was able to improve students’ stress-management and social skills (Hillier et al., 2015). In the research, 23 young adults from 13 to 29 years old with varying levels of autistic symptoms participated in the 9 weekly sessions that encouraged subjects to create musical composition using the iPad SoundScape app.

During the programme, the subjects were tasked to create musical compositions for rap songs, rock concerts, movie clips and art pieces with each other using the iPad app. Towards the end of the programme, they worked together with graduate students to compose a musical piece and perform it in front of their family and friends. After the programme, the majority of participants reported that they enjoyed the programme, lowered levels of stress and that they have made friends during the programme. The researchers argued that as individuals with autism spectrum disorders generally show interest inherently in both music and technology, touch-screen interfaces presents new opportunities to train special needs students’ music ability and social skills.

Various attempts were being made to implement these technologies in the classroom. For example, education consultant Phil Heeley has been pioneering education programmes that use these technologies in the classroom with his consulting agency Inclusive Music. During the 2015 Australian Society for Music Education conference, he demonstrated a total of 14 educational musical devices and apps. One of them is the Alphasphere, which is a glowing sphere that has circular surfaces which the user touches to play music. Another one, the Airvox app, allows children to play music by waving their hand on top of the iPad camera. These are just the tip of the iceberg; check out all of them here:

These attempts have shown technology to be a promising means to engage young and special needs learners. What can your students do with music and technology?