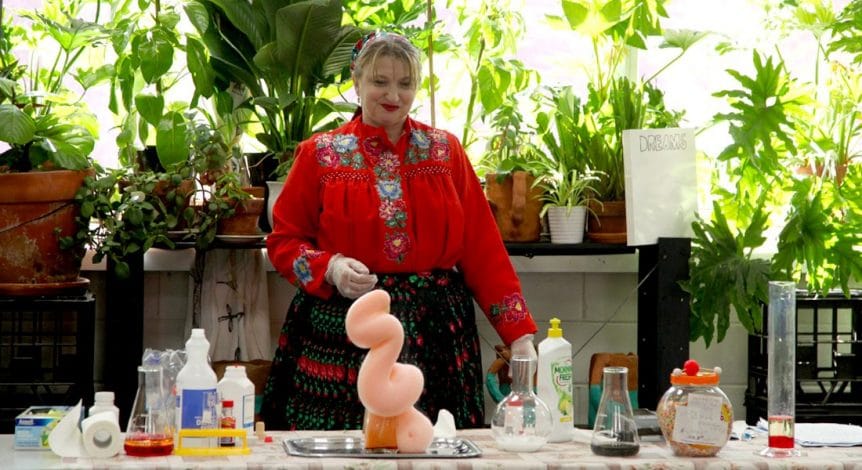 Marija Pavela was born in Serbia, in 1974. She was fascinated by Mileva Marić – a brilliant physicist who became Mrs Einstein.

Like Mileva Marić, Marija was raised in a culture that ranked good educational outcomes for men well above decent outcomes for women.  But Marija was never going to accept a life without science. She was prepared to push until a better future was in sight, even though the resonance of The Yugoslavian Civil War had made everything uncertain.

Under the post-war depression, Marija’s family were forced to leave Slovakia to find work, eventually settling in Canada. But Marija wanted to finish her degree and start her own life as a scientist. Nearly twenty years later, Marija is preparing to bring her still-fierce dedication to science into Australian classrooms. This month, she will make her very first presentation through Cultural Infusions’ Science Communicator Programs.

At home, her mother and father were more focused on her brother’s education and future than Marija’s. They didn’t understand their daughters’ love of learning. She was clearly bright, yet often perceived as inadequate. At school, her first experience of this came in grade one, when her teachers realised she was left-handed. Attempts to force her to use her right hand were painful and futile.

“They tried to ‘fix’ me. They forced me to hold the pen in my right hand but it didn’t work. It was awful, but after that, from that difficult time, I discovered science, and I found my world there.”

Marija Miladinovic, her high school chemistry teacher, was a contrast to those who didn’t understand Marija. Helping her to navigate that world, the strict but gentle woman had a profound impact on the student’s life.

Marija was sixteen years old and uncharacteristically distracted when her chemistry teacher pulled her aside to ask a question.

“My interest in physics was gone for a while. My teacher asked ‘What happened with you? You were a great student?’ After this, I started to love chemistry more [than boys].”

“My chemistry teacher was very strong… a very strong character.  It was her charisma.  I was amazed with my teachers’ knowledge, particularly in chemistry, but also her humanity, and her understanding of our feelings as students. When something had happened, she was always there to listen. It was not just knowledge about science, she was very interested in our lives.”

But her chemistry teacher wasn’t the only female scientist she found motivating. Marija was drawn to the story of Mileva Marić, a physicist who was born in Titel, (close to where Marija was born) and Albert Einstein’s first wife. The physicist’s history is of great significance to Marija, so much so that she will use Mileva’s story when she delivers her presentations as a Science Communicator.

“It is a tragic story. Mileva made him famous, she was his wife. 100 years ago, women weren’t allowed to vote, or be a university professor. She was one of 5 women in all of Europe who studied science maths and physics. [There was only one university] where women were allowed to study. Later it was discovered that it wasn’t maybe just his work that should have made him famous but her work as well.”

Her determination was fixed. Marija completed high school and received great grades.  She immediately enrolled for university, and moved to Novi Sad in Serbia, where educational opportunities were more promising.  She chose a degree in pure and applied chemistry, (with a fourth year teaching diploma) at the University of Novi Sad.

Marija’s mother had found work in Canada as a picker and packer of food. After coming to terms with Marija’s determination, she began to understand her daughter’s drive. Occasionally, she was able to send money to help with fees, but mostly, Marija supported herself.

“I found a [part time] job and I put all my money aside for rent and some books, and I did it by myself. I didn’t know if I would have money to finish my education, because of the war, you never know…”

Marija fought uncertainty all the way and finished her degree. Immediately after graduating in 2001, she found an excellent job in a Belgrade pathology lab. The same year, Marija and Michael had their first son, Denis.

Balancing motherhood and a career was trying. Her husband Michael (they married in 2000) was supportive of her, but even though she loved the work, the three-hour commute each day began to tip the delicate balance. Marija decided to change tactics.  With the help of her mother-in-law and a babysitter, Marija put her diploma to use. She took a position as a bilingual teacher of chemistry and biochemistry between two schools, full time.

“There were so many components of teaching I loved; the students’ curiosity and originality.  Practical experiments are very valuable in teaching, they allow students to engage their five senses and prove theories for themselves which is a very powerful tool.”

Marija was extremely committed to her students and planned to devote her career – 35 years – to helping them shape their lives. She had accomplished a decade of work as a teacher when the plan changed.  Her husband Michael was offered work in Australia, and the family agreed to migrate.

They traded a European winter for Australian summer, in 2013. Learning the language has been the most challenging obstacle for Marija so far. Since they first arrived, her aim has been to constantly improve her English, and she is currently taking a Victoria Polytechnic Certificate III in EAL at Victoria University.

Since migrating, finding work has been very difficult for Marija. Even with the full support of her family, she hasn’t been able to secure a job in which her qualifications could be put to use. She works part time as a cleaner in a retirement home, and she is grateful to her employer, who gives her flexibility in her schedule. A day off is a rarity.

“I would like to work in a laboratory job, it is the technical side of things [that I miss]. I love to teach, but I don’t know how it is going to go, with my accent…I am pretty sure everyone wants a native speaker of English.”

We can’t wait to see Marija’s presentations and learn more about Mileva’s Marićs’ uncredited contributions to science. The Migrant Science Communicator Accelerator programs are run in partnership with the Royal Society of Victoria, and the Australian Science Communicators, with the support of the Inner North Community Foundation and the Scanlon Foundation. You can find out more about the programs here.